Tabriz, located on the main route of the Silk Road, used to be the center for trading in the ancient time and has one of the largest covered bazaars in the world which has been registered as the first bazaar among the World Heritage Sites. The city has been the capital city of Iran over different periods and it is the city of some of the firsts in Iran. The city also boasts its eloquent poets, epics and unforgettable national heroes as well as food and traditional sweet. Tabriz is the main city of East Azerbaijan province and is home to Azeri (Turkish) speaking people. 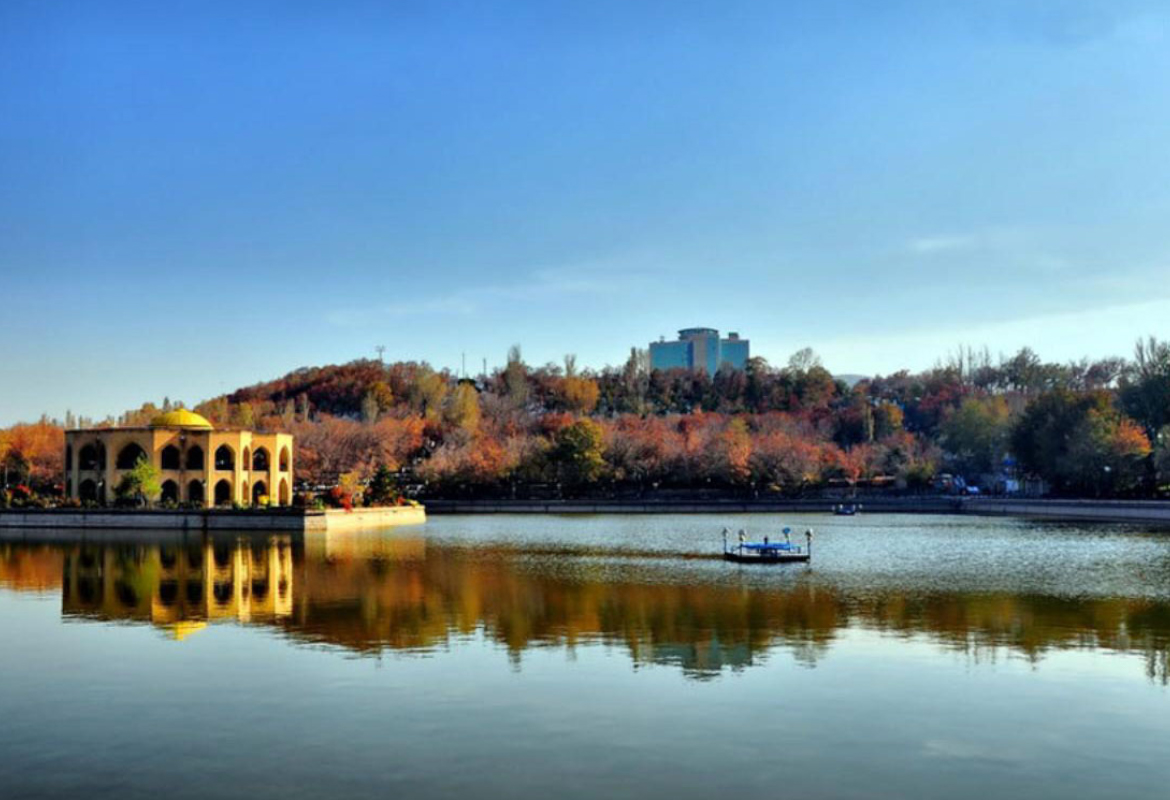 A historical park, a popular venue for strolling and socialization, El-Goli features nature, culture, and history in one frame. Formerly a royal residene, the park comprises a peninsular mansion and a beautiful lake. 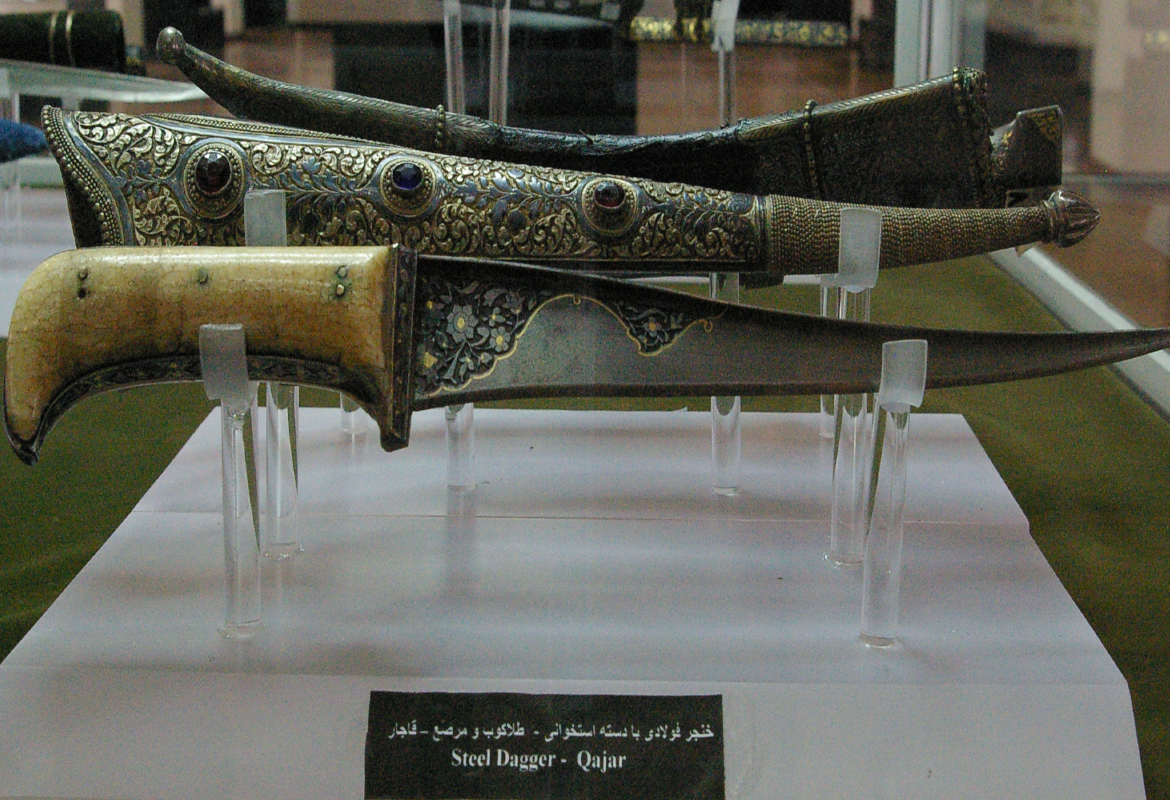 The second most important archeological museum in Iran, Azarbaijan Museum was designed by Andre Godard, the French archeologist and architect around 80 years ago. The museum is home to objects from pre-Islamic and Islamic era as well as the findings belonging to pre-historical and ancient Iran, some of which are of 7000 years ago. In
addition to coins from Achaemenid era to the Qajar period, contemporary
statues are also showcased in this museum. 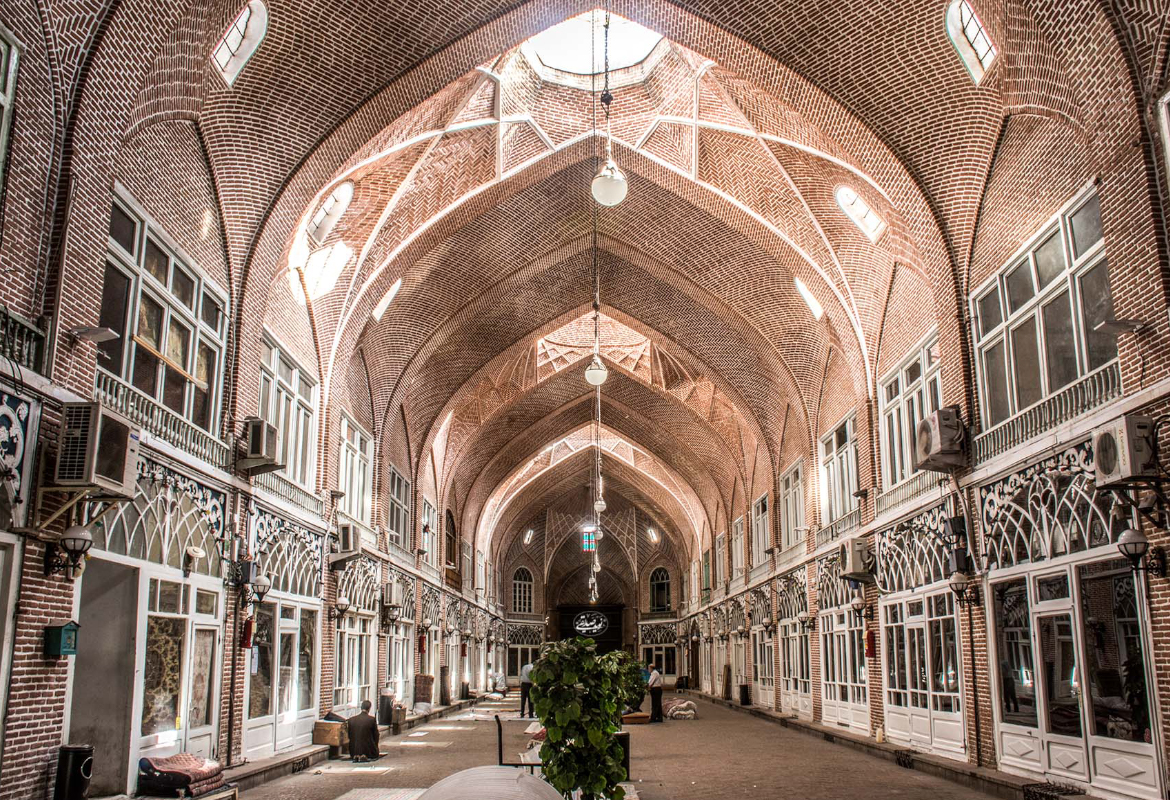 One of the oldest bazaars in the Middle East, the largest covered bazaar in the world, the Grand Bazaar of Tabriz used to be one of the most important commercial centers on the Silk Road. As an epitome of a venue for trade and commerce in Iran, the old bazaar has been registered as a World Heritage Site by UNESCO. 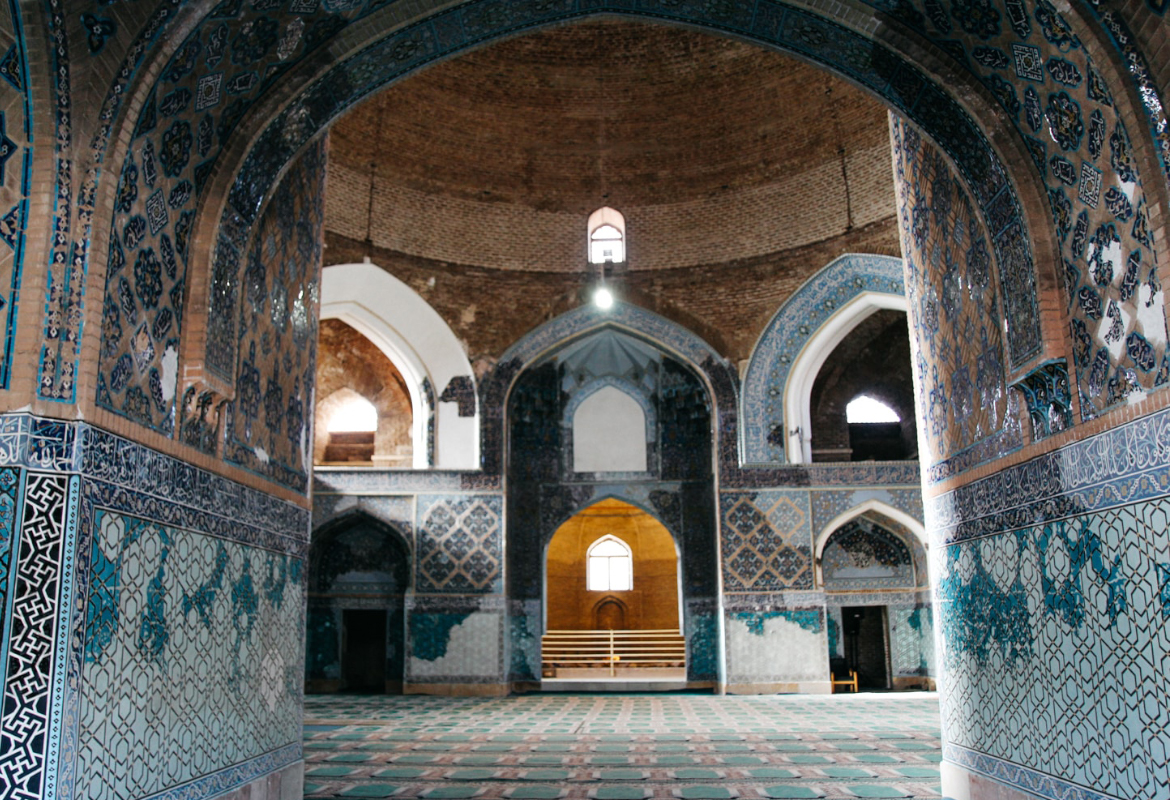 Built upon the order of Sultan Jahan Shah, very famous for its blue tiles,the Blue Mosque (Masjed-e Kabud) was completed in1465-6. At its heyday, the mosque also included a school, a hammam, a bazaar, but due to several severe earthquakes, they no longer exist. Owing to variety and subtlety of its blue tiles, this magnificent mosque is called the Turquoise of Islam. 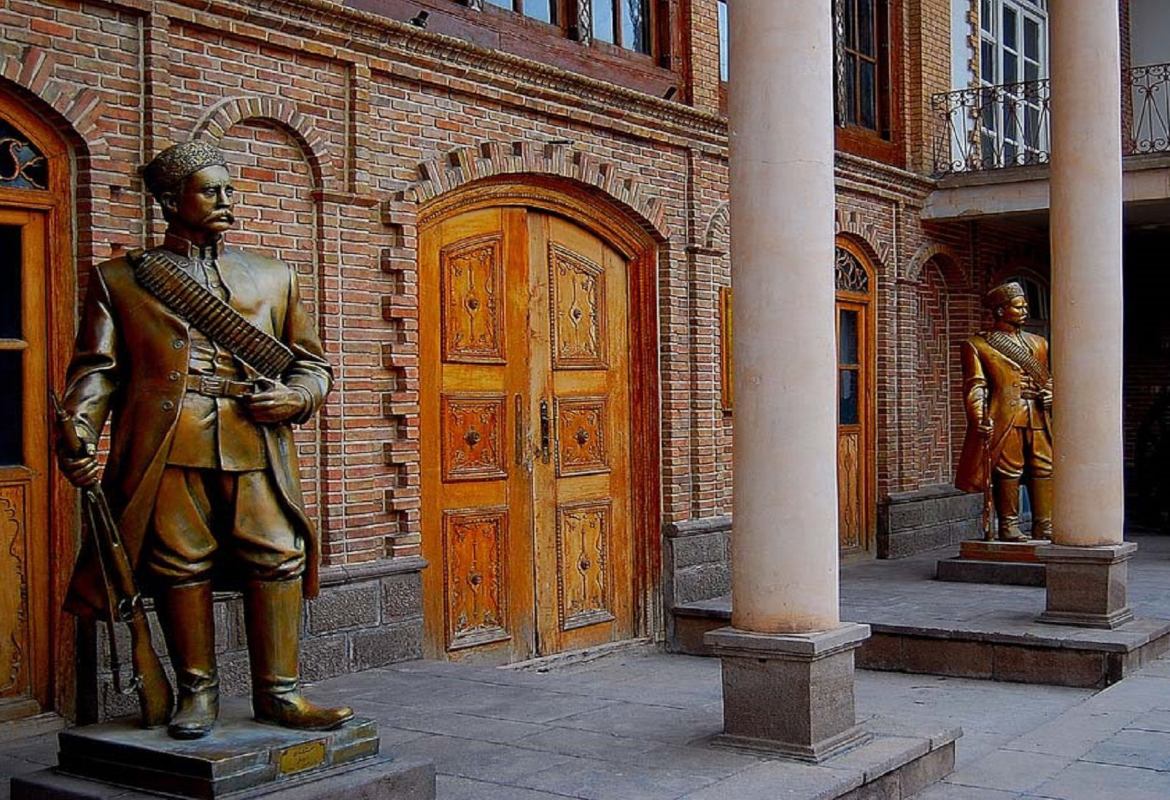 Constitution House of Tabriz, or Khan-eyeh Mashroute, is a historic house built in 1868 in two floors and 1300 SQM. In the west of Tabriz Grand Bazaar, opposite the Jame Mosque, and in the old part of the city, the house was the commanding headquarters of the constitutional movement of the people of Tabriz. Furthermore, the democratic party of Azerbaijan which sought independence from central government, from 1945 to 1947, used this house as a place to hold their meetings. 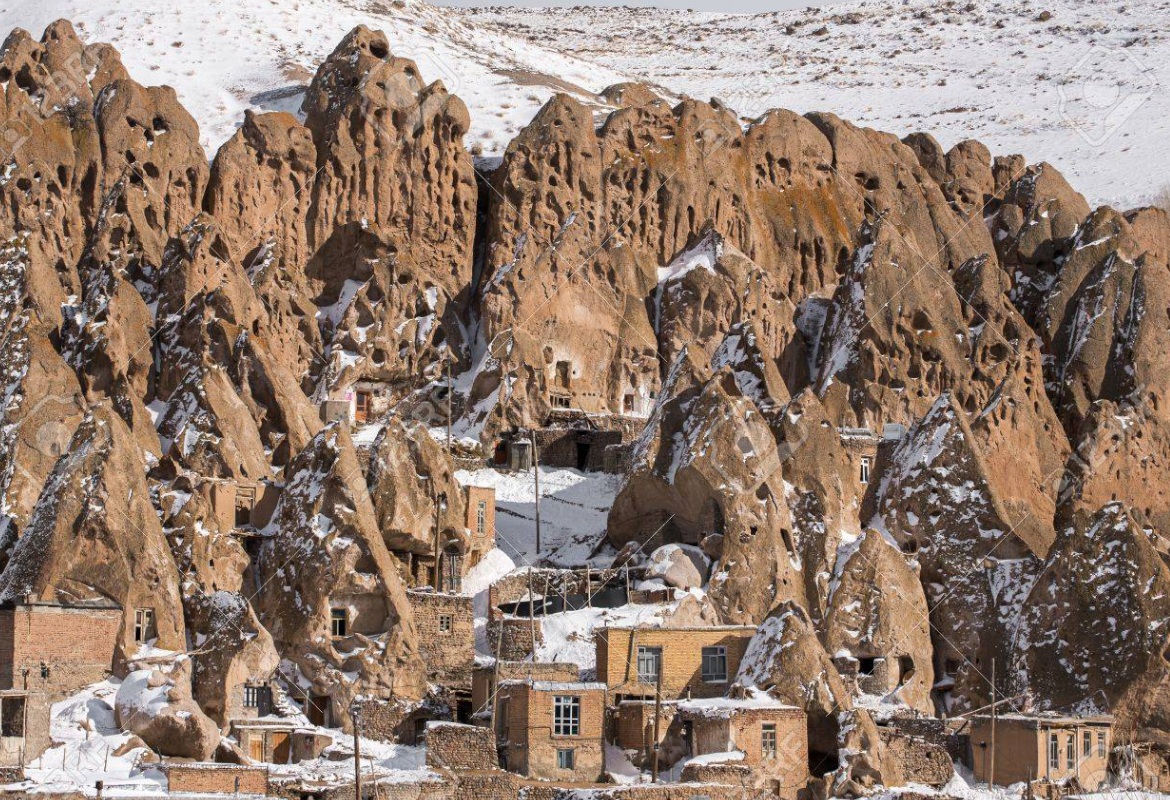 Almost 60km (37miles) away from Tabriz and at the foot of Sahand Mountain, the hand-made cliff dwellings of Kandovan Village lies with its peculiar landscape similar to Cappadocia in Turkey. The village is like a big termite colony made due to the accumulation of volcanic debris of Shahnd Mountain, now dormant. The locals call the village Karan believing that it was built around 700 years ago as a shelter against the Mongol invasion. 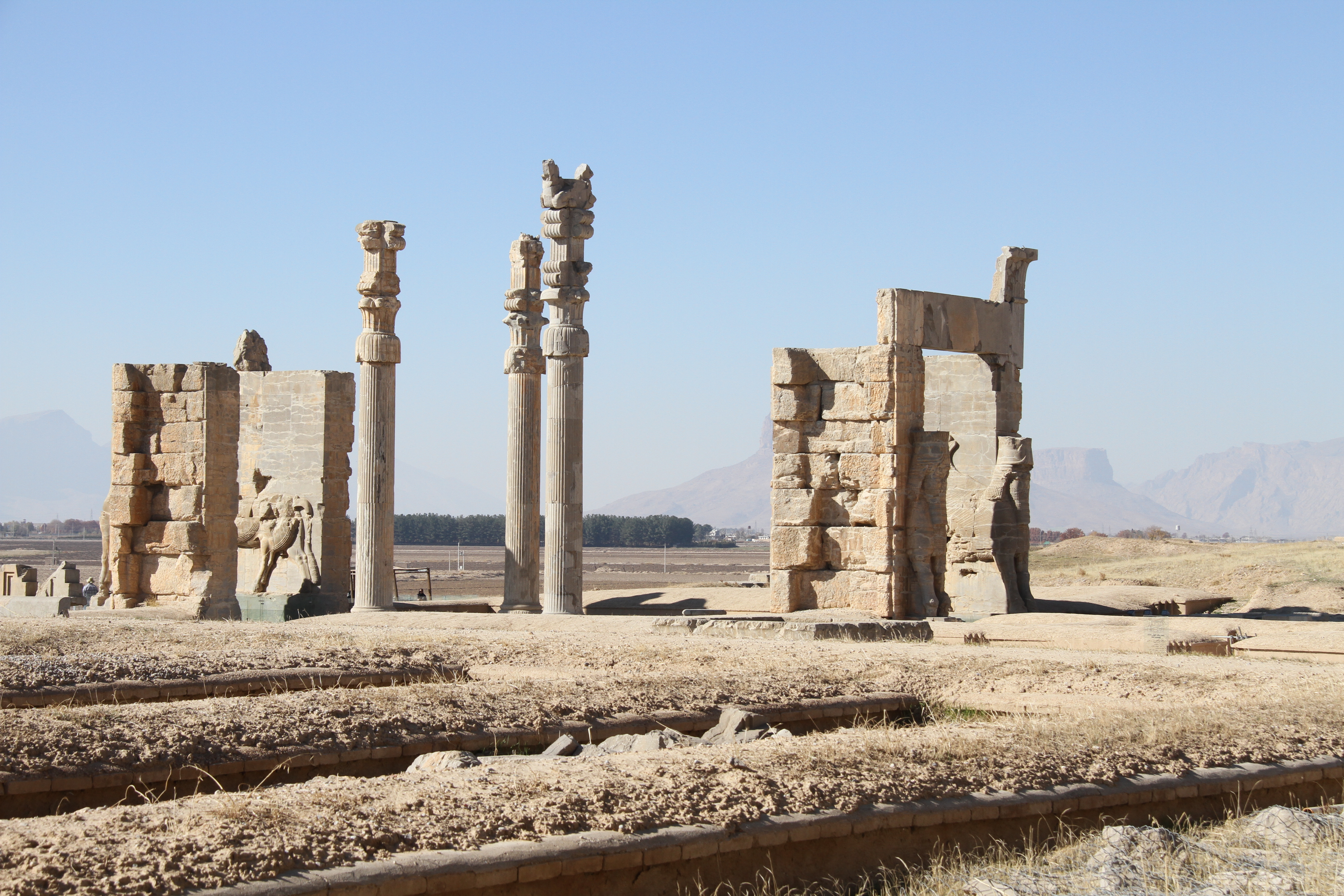 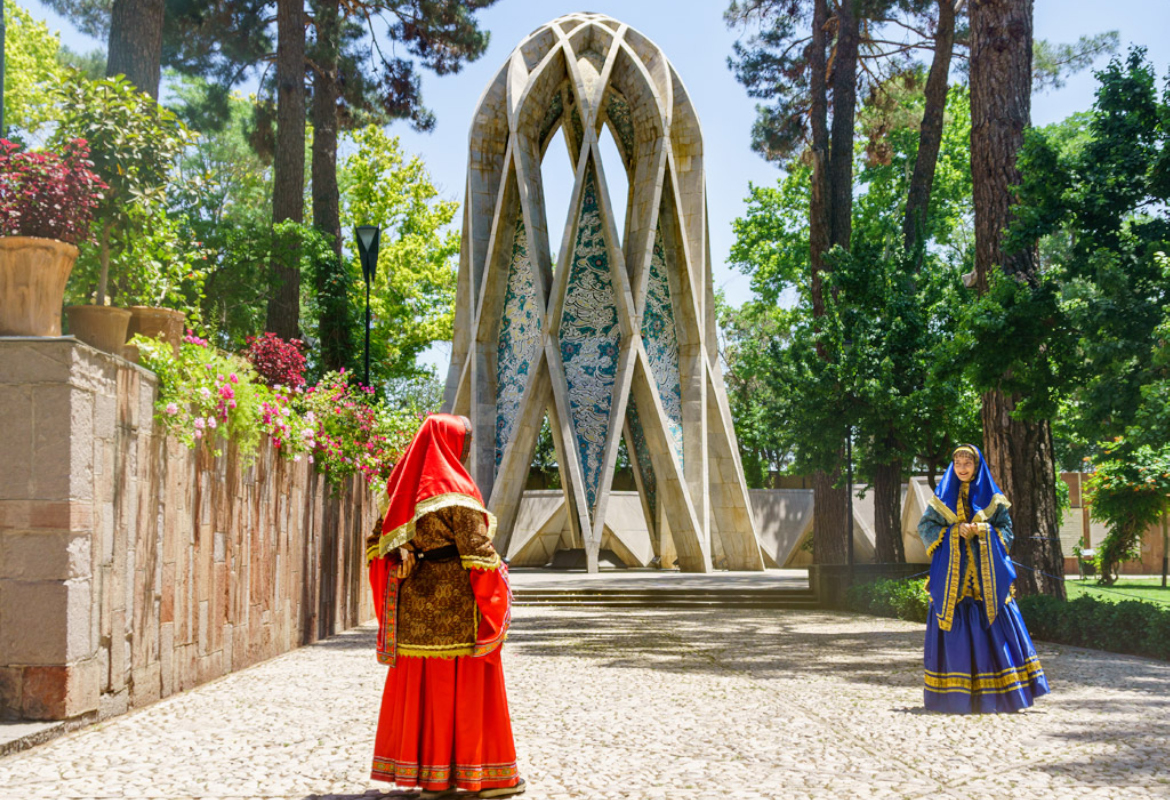 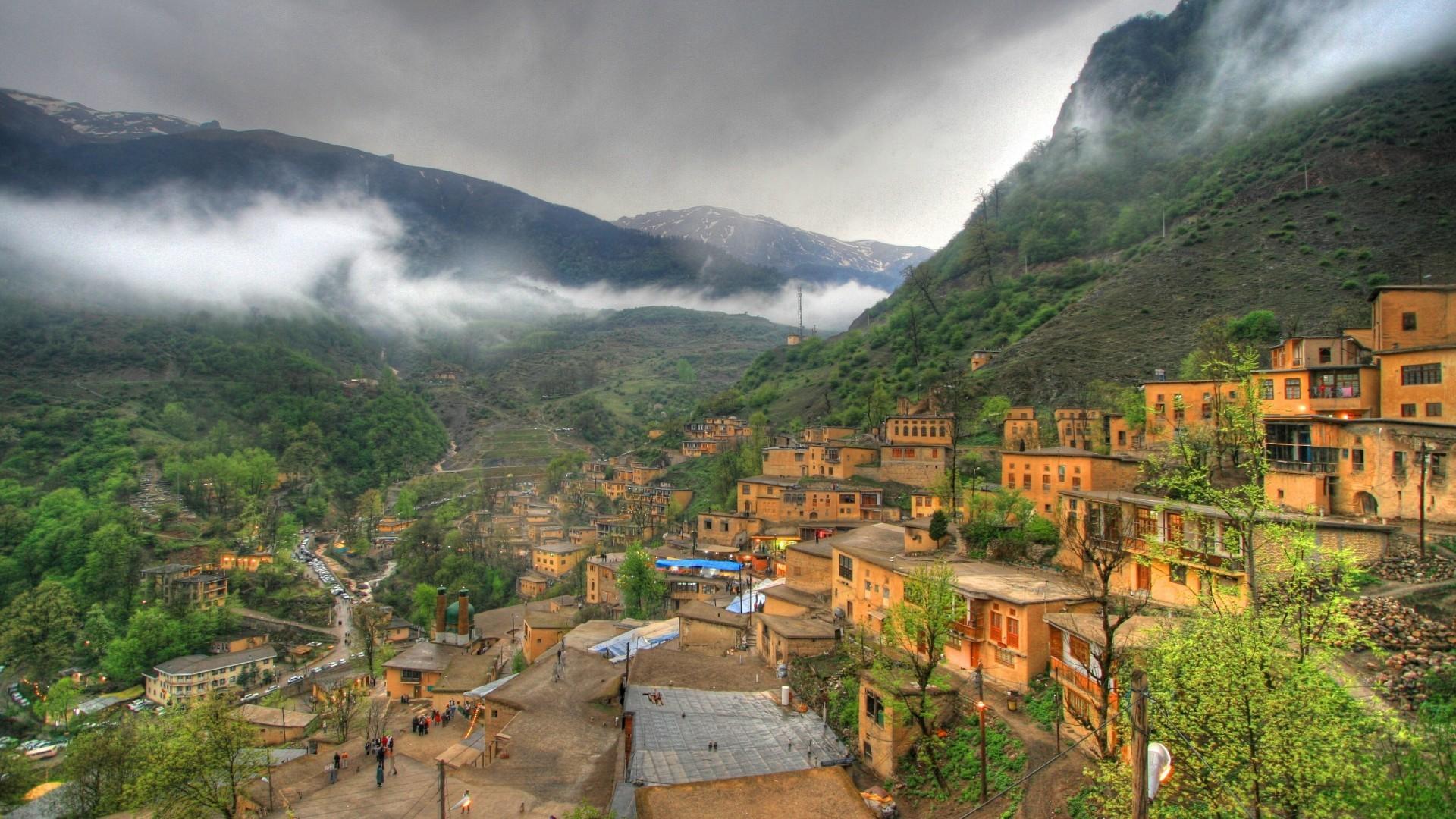