Why now is the time to go to Iran

Although the future of open relations with Iran is somewhat uncertain in the aftermath of the US elections earlier this month, the current advice from consular and security sources is business as usual. Since sanctions were lifted in January 2016 the country has been attracting increasing numbers of visitors, including larger tour groups from Asia, a fact noticed by our clients on a recent tour. Conversely, February and mid-September fall outside the height of the season, when there is less pressure on hotels and sites, and this can be a real bonus to experience the magnificent sites of Persepolis and Isfahan. For anyone considering a visit, now may be the time.

Carolyn Perry, who leads tours to Iran, took her first tour for in September and was credited by clients as ‘Superb, so full of knowledge about all the sites and general information about Iran’ and ‘Carolyn’s knowledge of Islamic countries contributed significantly to the success of this trip’. Here she gives some personal insights into the allure of ancient and Islamic Persia:

One of the things I find fascinating about Iran is the great variety of sites and cities to visit. Each city has its own particular character: from the mud brick vernacular architecture of Yazd to the spectacular tiled mosques of Isfahan, from the busy streets and modern buildings of Tehran to the gardens and resting places of poets in Shiraz.

It’s almost impossible to choose a favourite place, as each one has its own unique character, and the little known sites can be as captivating as the more famous. Persepolis, the vast palace complex built by the Achaemenids, possibly as their ceremonial capital, is a highlight for many people. Indeed the beautifully carved reliefs, their black limestone shining subtly under the crystal clear Iranian sky depicting subjects of the vast ancient empire bringing tribute to the Great King, need to be seen in person – no photographs can do them justice. But other, lesser-known sites are no less affecting to the visitor.

The Friday mosque of Natanz, with its jewel-like façade, nestles behind a huge plane tree in one of the squares of the town. The ruined remains of a fire temple behind the mosque attest to the place’s sanctity over millennia. Unfortunately, the interior of the mosque has been stripped of most of its tiles, but the fabulous early 14th century façade remains intact. Calligraphic and geometric mosaic tile work covers the surface, and the design’s use of relief tile work is both inventive and very effective in the strong light. The rich turquoise and cobalt blues make a perfect contrast with the buff surface fabric and unglazed tiles. We see these colours over and over again in Iran, reminding us of the deep blue sky, the vital water which, thanks to the ingenious Iranian invention and continuous use of the qanat system, we find everywhere despite the arid climate, and above all the buff colour of the earth and the desert. The harmony of Islamic architecture, which is almost overwhelming in places like Isfahan, is no less splendid in small towns and little known sites. 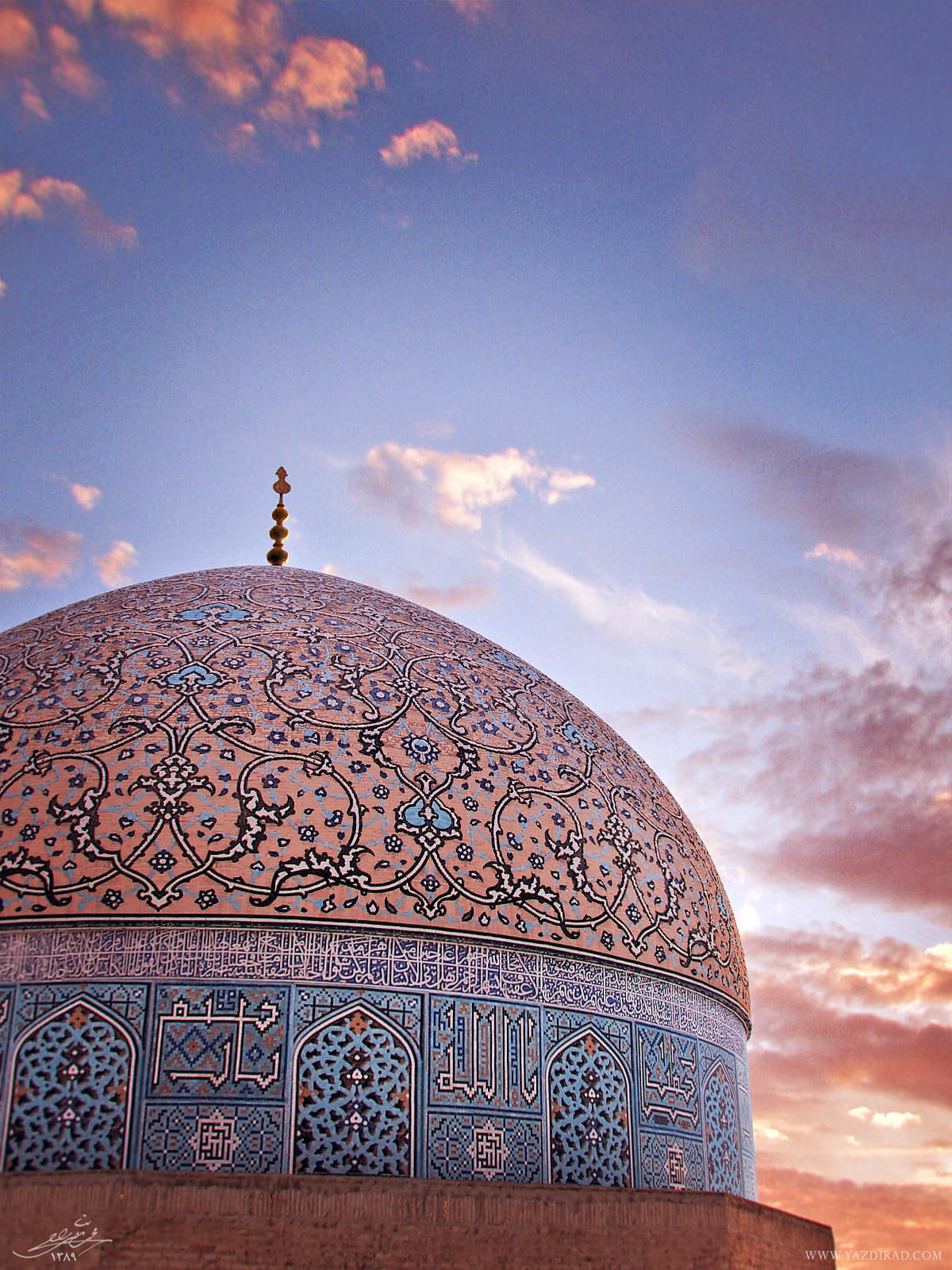 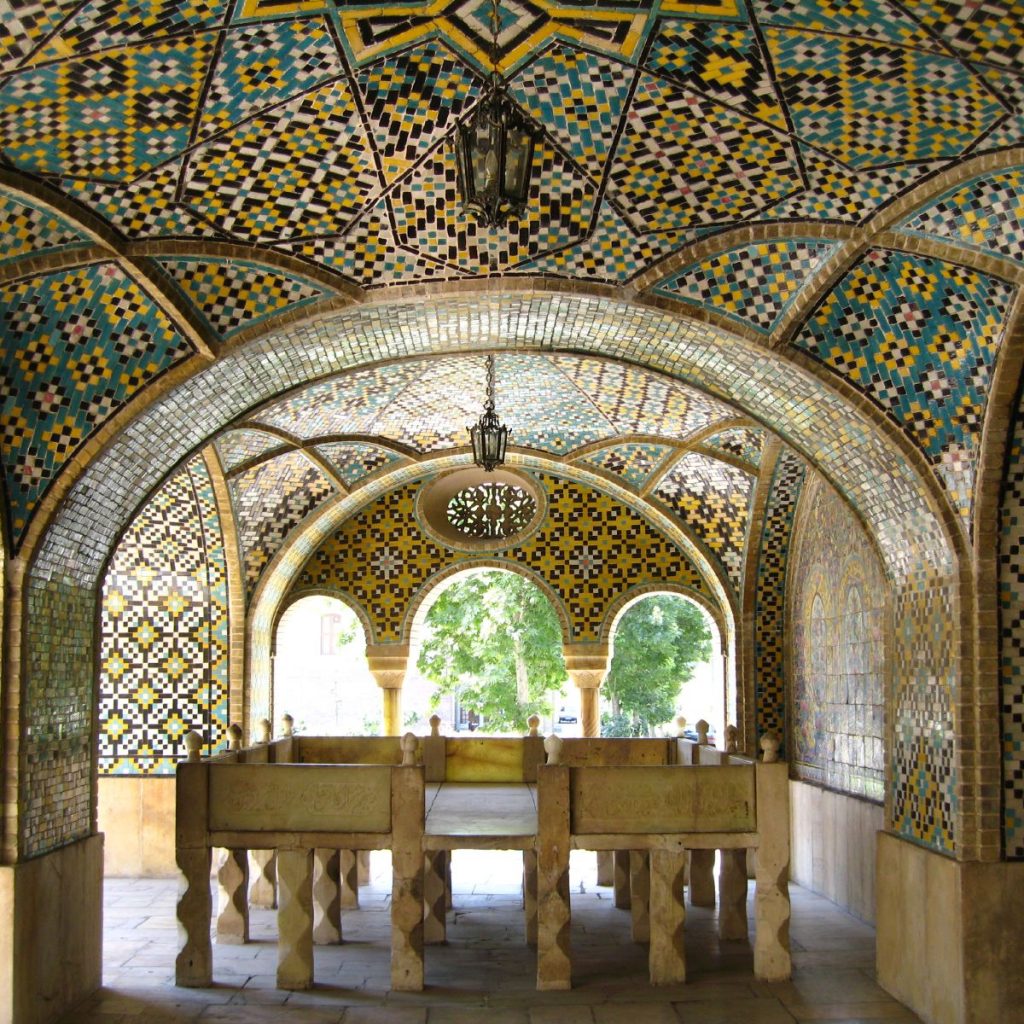 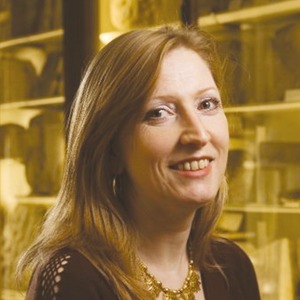 Carolyn Perry is a Lecturer and museum consultant. Taught Ancient History and Mythology in the Department of Mediterranean Studies at Queen Mary College, University of London and has excavated in Italy. Established the Arab World Education Programme at the British Museum. She is also Chair of The British Foundation for the Study of Arabia.